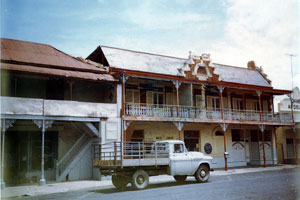 Travel back in time over 300 years... Tulbagh is the fourth oldest town in South Africa (after Cape Town, Stellenbosch and Swellendam) dating back to the early 1700s. Charming Church Street boasts the largest number of Cape Dutch, Edwardian and Victorian provincial heritage sites in one street in South Africa, all lovingly restored post the devastating earthquake of 1969.

Our valley of abundance was first discovered in 1658 by Pieter Potter, surveyor general to the first governor of the Cape, Jan van Riebeeck. Settled in 1699 by 14 farmers, the town itself only began to develop from 1743.

Before road engineers conquered the forbidding mountains at Paarl and Wellington, Tulbagh was in fact the trekker's last stop en route from the Cape of Good Hope before entering the country's wild and untamed interior to the north. 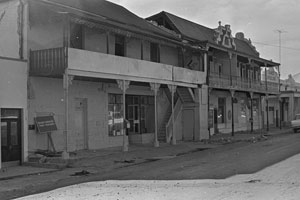 In the heady days following the discovery of diamonds at Kimberley in the 1860s, Tulbagh enjoyed a flowering of prosperity. Yet after the construction of Michel's Pass, and the advent of the railway effectively bypassing the town,it subsided into a rural backwater – which paradoxically preserved its historic character. While causing much structural damage, the earthquake of 1969 resulted in a national fundraising effort and a very successful restoration.

Boasting no less than five museums detailing its rich history, Tulbagh is also an attraction for those who wish to trace their ancestry buried in the graveyard of De Oudekerk (museum church) - which is in the original form that it was first built.